On Tuesday, January 26, the baseball world will know if any new inductees will be entering the Hall of Fame with the members of the Class of 2020, whose induction ceremony was postponed until this year due to the COVID-19 pandemic.

Last year's class featured Ted Simmons, Marvin Miller, Larry Walker and a gift basket provider.  This year's potential class does not have a first-ballot no-brainer on it, which means that Simmons, Miller, Walker and the other guy whose name escapes me at the moment might not have company on the stage, assuming they don't have to give their speeches via Zoom.  (Although a Zoom speech would allow Larry Walker to give it while wearing his famous Spongebob Squarepants shirt.)

There are 25 players on this year's ballot, which includes 14 holdovers and 11 newcomers.  Of those 25 nominees, six are former Mets, as Billy Wagner, Gary Sheffield, Jeff Kent and Bobby Abreu are still on the ballot, joining first-timers Michael Cuddyer and LaTroy Hawkins.  Other notable players who are making their initial appearance on the ballot are two-time no-hitter thrower Mark Buehrle, nine-time Gold Glove winner Torii Hunter, one-million-word-per-minute talker Nick Swisher and the only player who has blocked the Studious Metsimus staff on Twitter, Shane Victorino.  No, really.  He doesn't like us. 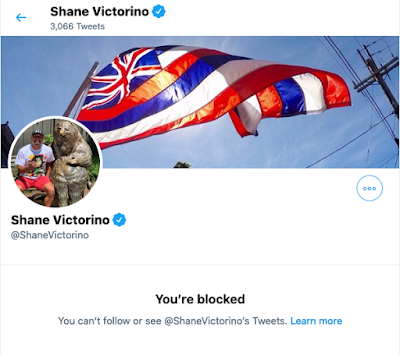 As usual, the Studious Metsimus staff isn't allowed to vote for this year's Hall of Fame class.  (We were told it has nothing to do with Shane Victorino but everything to do with the fact that we're not actually writers.)  But we aren't barred from sharing our opinion as to who should join Miller, Simmons, Walker and what's-his-face as new members of the Hall.  So let's stop lamenting about Cryin' Hawaiians and start presenting our imaginary Hall of Fame vote!

Scott Rolen never led the league in any category.  Not one major category.  Not one minor category.  Nothing.  In fact, the closest he came to finding his name atop the league leaderboard was in 2004 when his 124 RBI were second to Vinny Castilla's total of 131 ribbies. But his consistency at the plate and impeccable fielding throughout his career helped him finish his 17-year tour of duty in the majors with an impressive 70.1 bWAR.

Rolen won the National League Rookie of the Year Award in 1997 and his eight Gold Gloves at third base were more than anyone not named Brooks Robinson or Mike Schmidt, otherwise known as Hall of Famers Brooks Robinson and Mike Schmidt.  The seven-time All-Star also produced in the postseason, helping the Cardinals win their first N.L. pennant in 17 years by batting .310 with a 1.044 OPS in the 2004 NLCS.  Two years later, Rolen was a key contributor in St. Louis' first World Series victory in 24 seasons, hitting .421 with a 1.213 OPS in the Fall Classic.

If you thought Scott Rolen's 70.1 bWAR was high, you should see Curt Schilling's.  His 79.5 bWAR fully shows how valuable he was to his teams.  And by teams, I'm talking about the Philadelphia Phillies (who won a pennant with Schilling in 1993), the Arizona Diamondbacks (who won their first and only title in 2001 with World Series co-MVP Schilling leading the way) and the Boston Red Sox (who ended an 86-year championship drought with Schilling in 2004 and then repeated the feat three years later in the right-hander's final active season).

Curt Schilling may not be on your most-liked player list.  But he should be on your Hall of Fame list.  Schilling has waited long enough to finally have his day in Cooperstown.  That wait should come to an end this year.

It's a shame Billy Wagner hasn't gotten more recognition from the BBWAA voters, as he was far more dominant than 2018 Hall of Fame inductee Trevor Hoffman and 2019 enshrinee Lee Smith ever were.  Hoffman and Smith got the job done as effectively as any other closer who ever lived.  But Wagner would eat a hitter up and spit him out.

Injuries curtailed Wagner's career, but any pitcher who averaged nearly 12 strikeouts per nine innings, four whiffs per walk and finished his career with a WHIP under 1.00 (Wagner's WHIP was 0.998, which was lower than all-time best closer Mariano Rivera's 1.000 lifetime WHIP) deserves serious Hall of Fame consideration.

With all the praise we just heaped on Wagner, we didn't even mention that he was a seven-time All Star, recorded 422 saves and put up a 2.31 ERA.  Okay, maybe we just did.

Like former teammate (and current Hall of Famer) Larry Walker, Helton's candidacy will be questioned because of the Coors Field factor.

Wanna know what his average season from 1998 to 2005 looked like in road games, otherwise known as games not played at Coors Field?  While wearing road grays during those eight seasons, Helton slashed .298/.398/.520 and produced 277 extra-base hits, drove in 347 runs and scored 337 times.  That's an average of 73 extra-base hits, 91 RBI and 89 runs scored per 162 road games.  And for those who are mathematically challenged, Helton produced a .918 OPS in all road games from '98 to '05.  In other words, Helton was still up in the elite hitter stratosphere when he wasn't taking his hacks one mile above sea level.

Even with an assortment of nagging injuries sapping his power in his later years, Helton still managed to finish in the top 100 all-time in home runs, doubles, extra-base hits, hits, RBI and runs scored.  There are over 100 hitters in the Hall of Fame and Helton ranks in the top 100 in many major hitting categories.  And he wasn't just a one-dimensional player, as evidenced by his three Gold Gloves.  You do the math if he belongs in the Hall or not.

Jeff Kent was a very good player.  His mustache, on the other hand, was the stuff of legend.

Sure, Kent had nearly 1,000 extra-base hits and had a .500 lifetime slugging percentage in the regular season and postseason.  And yes, he had over 1,500 RBI, including eight seasons in which he reached triple digits in that category.

But all of those accomplishments take a backseat to his classic lip hair.

A clean shaven Kent might still have produced above-average offensive numbers, but would have left him with nothing else that set him apart from his ballplaying brethren.  His 'stache allowed him to play a villain on a TV remake of CHiPs (that never made it past the writers' room) and a stunt double on the sequel to Boogie Nights (that was never filmed).

The only former player with a more recognizable mustache is Rollie Fingers and he's already in the Hall.  That bodes well for Jeff Kent's mustache to finally get the recognition it deserves.

And that just about does it for our annual Hall of Fame ballot that no one takes seriously.

Actual voters are allowed to check off a maximum of ten players on their Hall of Fame ballots.  This year, the Studious Metsimus staff did not find that many players worthy of enshrinement, only voting for the four players and one body part listed above.

So if you're unhappy that we didn't vote for for players like Barry Bonds, Roger Clemens, Gary Sheffield, Andruw Jones and Omar Vizquel, you can take it up with Shane Victorino.  He's already reached his blocking quota for the day anyway. 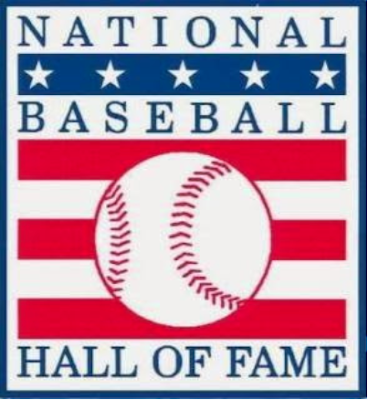 Scribbled by Ed Leyro (and Joey Beartran) at 6:34 PM No comments: