It's that time of year again, Mets fans.  It's time to say goodbye to another year that didn't feature the Mets parading up the Canyon of Heroes.  But it's also time to say hello to a year that should bring us one step closer to that festive march up Broadway to City Hall.

The 2013 season had its share of memorable moments and not-so-memorable moments.  We got to see the first All-Star Game in Flushing in nearly half a century.  We also witnessed one of our own pitchers start the Midsummer Classic.  But in addition to the good, we also had to put up with Shaun Marcum becoming just the fourth pitcher in Mets history to finish a season with double-digit losses and fewer than two victories.  And of course, we saw opposing hitters get giddy whenever Aaron Laffey took the mound for the Mets.

As far as the hitters went, we saw various everyday players end up in Las Vegas.  We also saw Jordany Valdespin end the year with more selfies than base hits.  But we also got to say "Byrd is the Word" more times than we thought we would.  And if we blinked, we missed a stolen base champion wearing a Mets uniform not named Jose Reyes. 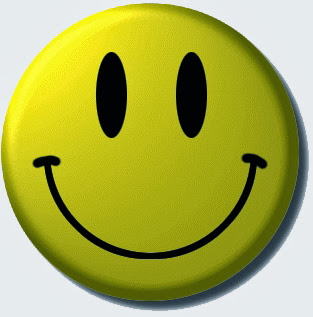 The Mets traded away a Cy Young Award winner in R.A. Dickey, leaving what appeared to be a gaping hole in the rotation.  But that hole was filled quickly by Matt Harvey, who turned in a Cy Young-caliber season of his own.  Harvey took three no-hitters into the seventh inning, including a near-perfect game against the Chicago White Sox.  He also became the third Met pitcher to start an All-Star Game, doing it in front of his blue-and-orange-clad fans at Citi Field.

Another reason to be happy was the emergence of Daniel Murphy as a offensive threat.  Prior to 2013, Murphy was just known as a doubles machine.  But by hitting a career-high 13 homers and stealing 23 bases (after pilfering just 19 in his first four seasons), Murphy became a complete player on offense.  (Murphy also set new highs in runs scored and RBI.)  Oh, and he continued to rack up two-baggers, reaching 38 for the third time in his career.  Only David Wright has more seasons with that many doubles in a Mets uniform.

Zack Wheeler proved he could pitch in the major leagues.  Two seasons after coming to the Mets in a trade for Carlos Beltran, Wheeler made his debut on June 18, pitching six shutout innings against the eventual division champion Braves.  Although the Mets finished 14 games under .500, Wheeler posted a winning mark (something Harvey couldn't do in ten starts with the Mets in 2012) in his first go-round in the majors.  After posting a 5.06 ERA in his first three starts, Wheeler rebounded to post a 2.85 ERA in his next 13 starts.  The Mets won nine of those 13 starts.  Wheeler will now seek to have a Harvey-like season in a Harvey-less 2014.

There was very little fanfare when Eric Young, Jr. was acquired by the Mets in June for Collin McHugh.  But Young provided a much-needed spark at the top of the order after his acquisition.  Young displayed his versatility by playing all three outfield positions and second base for the Mets.  No matter where he played, Young ran.  And ran.  And ran some more.  The 28-year-old stole a league-leading 46 bases in 2013, with 38 of those steals coming in just 91 games with the Mets.  Meanwhile, Jose Reyes stole just 15 bases in 93 games with the Blue Jays.

Finally, Bobby Parnell became the first homegrown closer to record more than 20 saves for the Mets since Randy Myers in 1989.  Before a neck injury ended Parnell's season, the fireballer posted a superb 2.16 ERA, 1.00 WHIP and recorded 22 saves.  Opposing hitters posted a Mendozian .211/.260/.294 slash line against Parnell.  Because of Parnell's success, they felt no need to rush their $6 million man, Frank Francisco, back from his injury.

It seems like there were a lot of happy times in 2013.  But like every other year that didn't end with a victory parade, there were also plenty of crappy moments.  Time to break out the orange and blue toilet paper.

Someone in the front office must have used a monkey's paw to wish for success for Matt Harvey.  How else can you explain the Tommy John surgery that will wipe out Harvey's 2014 campaign after his tremendous 2013 season?

Isaac Benjamin Davis had a season that wasn't even worth a single Benjamin.  The Mets gave Davis $3,125,000 in 2013 to have a Jason Bay-like season.  And we're not talking about a Jason Bay in Boston type season.  Heck, the Mets would have taken a Jason Bay in Seattle type season from Davis.  After all, Bay hit two more homers for the Mariners in 2013 than Davis hit for the Mets, even though Davis had 111 more at-bats than Bay did.

Lucas Duda does two things well.  He walks and he strikes out.  Although Duda only played 100 games with the Mets in 2013, his 55 walks were just two off the team lead.  But Duda also struck out 102 times in just 318 at-bats.  David Wright, who is the team's all-time single-season leader in strikeouts, fanned 23 fewer times than Duda even though he had 112 more at-bats than the left fielder/first baseman.

The Mets pitching staff finished the year with a respectable 3.77 ERA.  (It has been over 20 years since the Mets finished a season with a team ERA under 3.70.)  But it could have been much lower if Shaun Marcum had never taken the mound.  Marcum, who had an excellent 57-36 record and 3.74 career ERA before joining the Mets, finished the year with a career-worst (and that's the understatement of the year) 1-10 mark and 5.29 ERA.  Marcum, along with Aaron Laffey, Collin McHugh, Jenrry Mejia, Aaron Harang and Jeremy Hefner (who was by far the best pitcher of the six) combined to make 47 starts for the Mets in 2013.  They won six of them, or one less than Zack Wheeler won in 30 fewer starts. 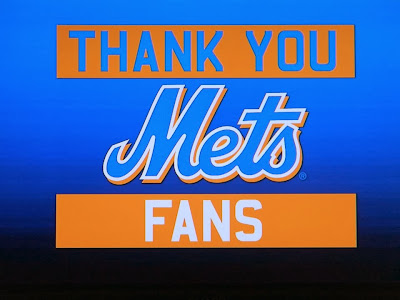 And that's it for this year.  We hope you enjoyed all the stats and silliness which Studious Metsimus has been happy to provide for almost five years now.  Without you, we'd only have three-and-a-half readers, so your loyalty is very much appreciated.

As always, we'd also like to thank our fellow bloggers/authors for inspiring us and for giving Mets fans other outlets to get news and opinions about their favorite team.  Sites such as Mets Merized Online, Metstradamus, Remembering Shea, The Daily Stache, The Real Dirty Mets, The Apple, Mets360, On The Black, MetsBlog, Rising Apple, Kranepool Society, Metszilla, Mets Police and MetSilverman are among the best in the Mets blogosphere.  There are also two other sites that deserve their own special mention.

Studious Metsimus, and mostly every other site dedicated to the Mets, should all doff their caps to Greg Prince and Jason Fry, who are the co-authors, co-conspirators and co-ol cats behind Faith and Fear in Flushing.  If you've never read FAFIF, then you probably just never learned how to read.

The other site is one that is very special to me, and I'm not just saying that because I'm married to its author.  Taryn Cooper (or "The Coop", if you're into that brevity thing) is the mastermind behind A Gal For All Seasons.  She's not just the best female blogger/podcaster in the Mets bloggerati, but if you rub her the wrong way on anything Mets-related, she won't be afraid to rip you a new ... well ... let's just say it's another word for Cole Hamels, and you get the picture.

From Ed Leyro, Taryn Cooper and the critters of Studious Metsimus (Joey Beartran, Iggy Beartran and Ballapeño), we'd like to wish you all the best for a happy and healthy 2014.  And remember, Mets fans, if you see an elderly man waiting for the light to change to cross the street, help him across.  You may just get an autograph from Scott Atchison as a reward.  See you next year! 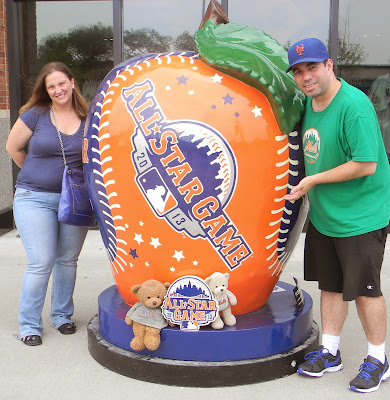 Scribbled by Ed Leyro (and Joey Beartran) at 9:34 PM No comments:

Much Ado About Three-Homer Games At Home

If you've watched as many Mets games as I have over the years, then you've undoubtedly heard Gary Cohen make this statement whenever a Met has come up to the plate after hitting two home runs in a home game:

"You know, Keith, no Met has ever hit three home runs in a game at home."

So naturally I started wondering if the Mets were the only team in baseball to not have a single player hit three home runs in a home game.  My research yielded an interesting answer.

Below is a list of the last players to pull off home run hat tricks for each major league team while wearing their home whites.