Your friendly neighborhood Metsies are coming off their first 90-plus loss campaign since the dark days of 2009, when Omar Minaya was employed by the team, David Wright had his first trip to the disabled list and Terry Collins wasn't in the dugout at Citi Field.  The 2018 squad looks to be quite different, except for the fact that Omar Minaya is back with the team, David Wright is setting up a residency on the D.L. and Terry Collins is no longer in the dugout at Citi Field.

The more things change, the more they stay the same.

On a related note, this off-season saw Jay Bruce re-sign with the team after spending a few months in Keith Hernandez's favorite city, Cleveland.  The club also decided to bring back Jason Vargas to the fold, 11 years after he posted a 12.19 ERA in two starts for the Mets.  The team is crossing its fingers that his lifetime ERA in orange and blue will go down this season.  But we won't know the fortunes and misfortunes of either former and current Met until the season starts.  Or will we?

In the past, we employed a Magic 8-Ball to help us predict the upcoming campaign for the Mets.  But in protest of the Mets parting ways with its favorite target, Ray Ramirez, the Magic 8-Ball has decided to retire from its prognosticating post.  Fortunately, it didn't take long to find its replacement, mainly because only one applicant showed up for an interview.  Let's give a warm hand to our new teller of Mets fortunes... 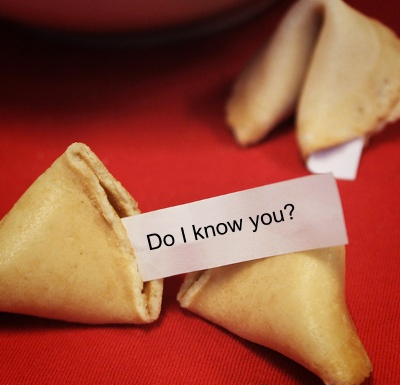 Of course you do.  We went through an interview process.  I told you I'd ask you questions about the Mets' upcoming season and you'd give me something that resembles an answer.  If you wanted to add a little attitude to your responses to show off your personality, that was very much recommended, even if it meant insulting the team or me. 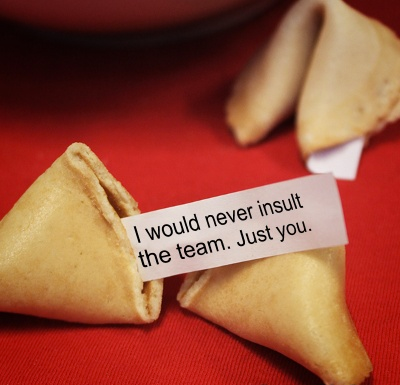 Thank you for being so supportive of the Mets and not the guy who pays your salary.  It's much appreciated.  Now let's move on to the first question.  After a year in which the team's pitchers posted a collective 5.01 ERA, do you think the Mets did enough to improve their pitching in 2018? 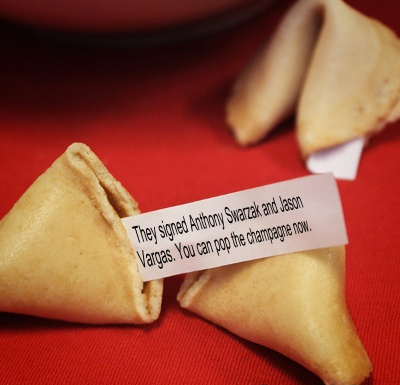 Already looking forward to going to my local liquor store for some.  Now what do you think of the upgrades at the corner infield positions, namely Adrian Gonzalez and Todd Frazier?  Are they going to remind us of Carlos Delgado and David Wright, circa 2006?  Or perhaps Robin Ventura and John Olerud from 1999?  Maybe they remind you of another corner infield duo. 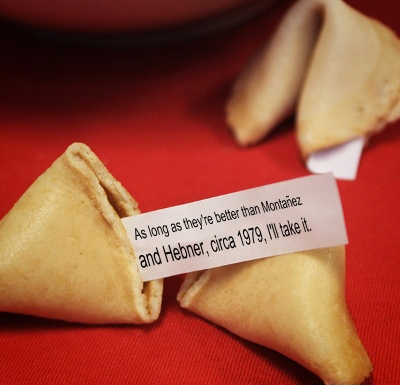 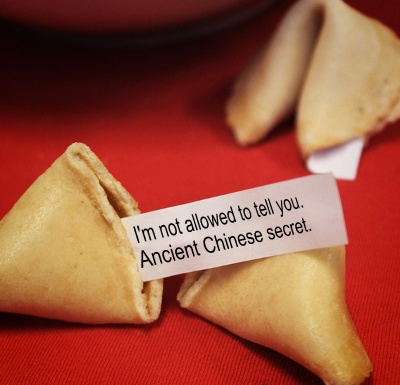 Oy, vey.  Calgon, take me away!  Anyway, what do you think of the team potentially playing Wilmer Flores and Jose Reyes in the outfield?  Is that something that intrigues you? 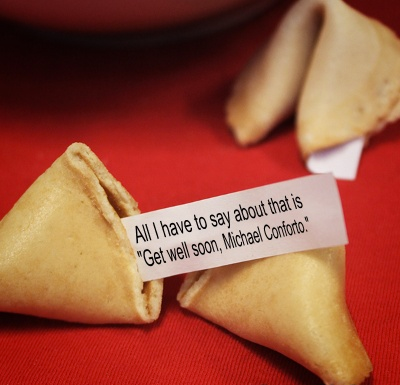 Not exactly a vote of confidence for the two long-time infielders.  Is there any other position on the team you're not confident about heading into the season? 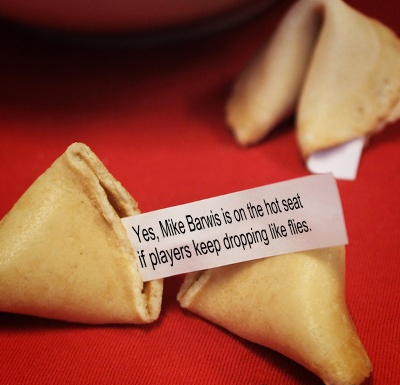 I see you're referring to the man who oversees the team's strength and conditioning program.  That's an interesting choice.  Speaking of strength and conditioning, now that Ray Ramirez is no longer able to be on the receiving end of boos during Opening Day introductions, who do you think will be subject to the wrath of Mets fans at Citi Field during the pre-game ceremonies? 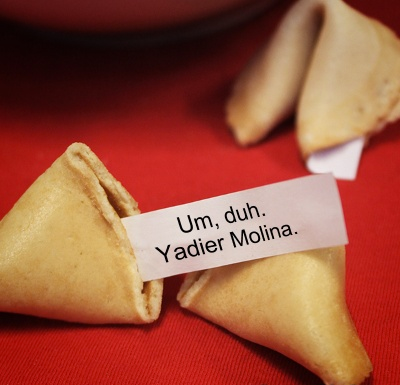 Of course.  I should have known better than to ask that question.  After all, the Mets are playing the Cardinals on Opening Day. 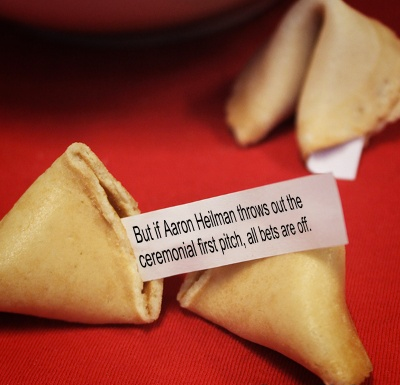 Valid point.  Speaking of relievers, Mickey Callaway suggested that he might use a closer-by-committee approach.  Do you think this has a chance of working out for the team and the players involved? 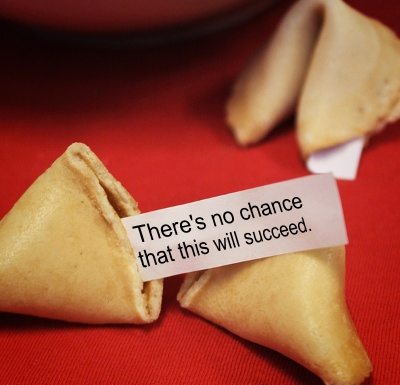 Wow, you sound pretty confident about that.  Why do you think this move by the manager will fail? 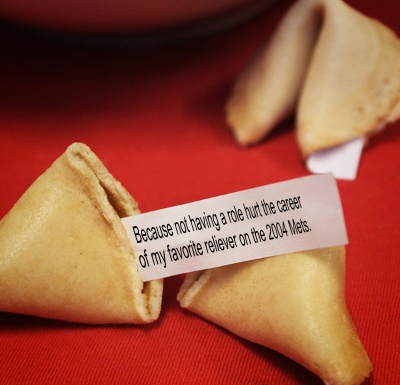 Ah, so this is personal for you.  And why, pray tell, would any reliever on the 2004 Mets be a favorite of yours? 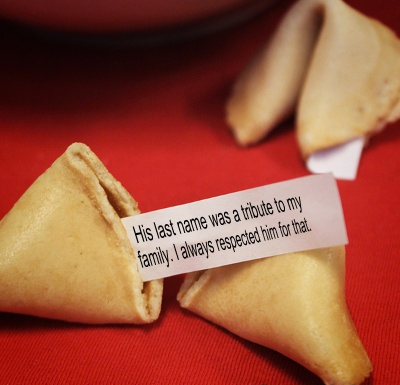 Wait, a former misused Mets reliever paid homage to a family of fortune cookies with his last name.  Okay, I have to know.  Which pitcher are you referring to? 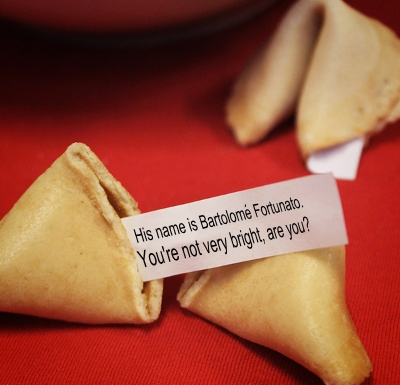 I never claimed to be.  But I do know that Fortunato wasn't misused at all.  He was just "the other guy" who came to the Mets with Victor Zambrano in the much-maligned trade for former No. 1 overall draft pick Scott Kazmir. 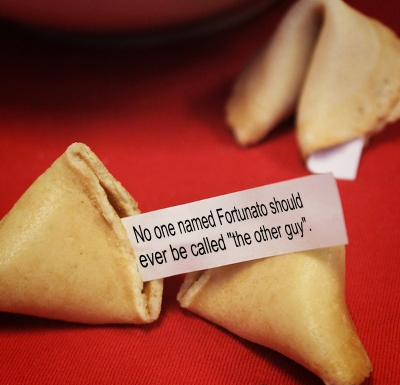 Fair enough.  Now let's move on to my last question before I ask you to predict the team's final record in 2018.  Will Yoenis Céspedes ever stay on the field long enough to challenge the Mets' single season home run record?  He's averaged nearly 40 homers per 162 games played as a Met and the team record is 41 home runs, set by Todd Hundley in 1996 and matched by Carlos Beltrán ten years later. 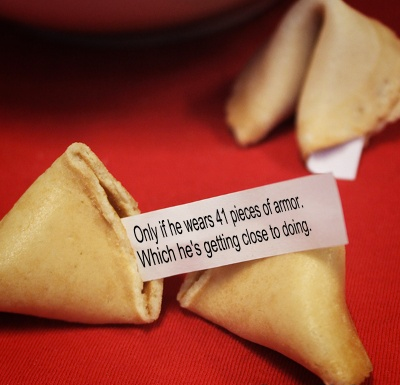 So are you saying there's a chance we could potentially see home run history at Citi Field in 2018 as long as Céspedes shields himself from injuries? 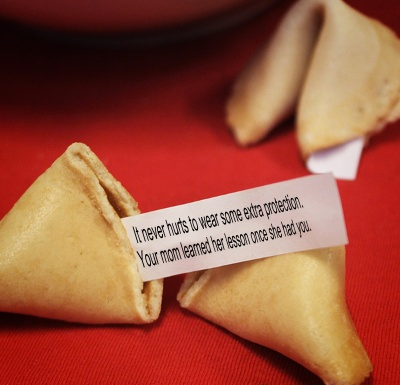 Wait, what?  Okay, that's enough of that.  Just tell me what you think the Mets' final record will be and where they'll finish in the N.L. East. 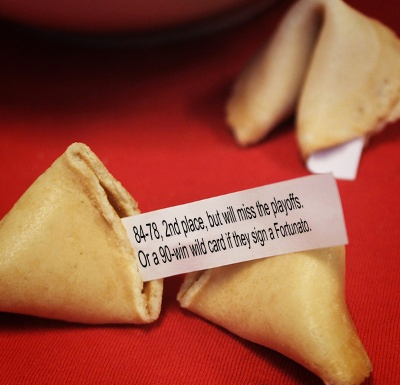 And on that note, we'd like to thank the Magic Fortune Cookie, who did its best not to be just like the Magic 8-Ball used to be.  I didn't say the fortune cookie succeeded; I just said it did its best.  And if its predictions are on point, Mets fans can look forward to a season of high octane offense, Swarzak and Vargas coming through for the team and a healthy dose of boos for Yadier Molina.  Unless if Aaron Heilman makes a guest appearance at Citi Field.

Until next time, I hope you enjoy Opening Day and the upcoming season and please lay off the MSG; something I wish the Magic Fortune Cookie had done before I brought it in for the interview.


Hey, kids!  Prior to this year's hiring of the Magic Fortune Cookie, it was the Magic 8-Ball that was making predictions for Studious Metsimus, doing its job every season since 2010, the year Jason Bay first soiled us with his presence.  To see what the Magic 8-Ball said prior to each of the previous eight seasons, please click on the links below:

Scribbled by Ed Leyro (and Joey Beartran) at 2:42 PM No comments:

Milestones Within Reach For Members of the 2018 Mets

Goals.  We all have them.  It's no different for baseball players.  In this era of advanced metrics, pitchers still enjoy reaching 20 wins.  Similarly, hitters set goals of batting .300, launching 30 homers or driving in 100 runs.  And a bench player's goal might involve finding a voodoo doll that bears a strong resemblance to the guy blocking his path to an everyday job.

Players who reach these single season goals on a regular basis will eventually hit some career milestones along the way.  The 2018 Mets have several players who could reach and surpass some important personal milestones during the upcoming season.

So which hitters in orange and blue are within striking distance of an individual mark?  Is there a Mets pitcher shooting for a nice round number on the back of his baseball card?  And why does Wilmer Flores have effigies of several Mets infielders hanging in his locker behind his Friends DVD box set?  At least two of those questions will be answered below.  Enjoy!

Scribbled by Ed Leyro (and Joey Beartran) at 1:20 PM No comments: