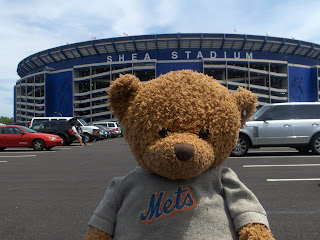 Two years ago today, on September 28, 2008, Shea Stadium hosted its final Mets game. It was also the final time I set foot inside the place where I was born. I'm Joey Beartran and although it's been two full years, it's still hard for me to Shea goodbye.

On June 20, 2004, the Mets played the final game of a three-game interleague series against the Detroit Tigers. It was also Father's Day. I was hanging out at the Mets Team Store behind home plate at Shea Stadium when the man who would later become my Studious Metsimus colleague introduced himself to me and offered me the opportunity to watch the Mets game with him. He also offered me some chicken tenders. Of course, I said yes.

That was the beginning of my business relationship with my colleague, but it was also the day I first experienced Shea Stadium in its entirety. At my young age (about 15 minutes old at the time), I was overwhelmed by Shea's beauty. 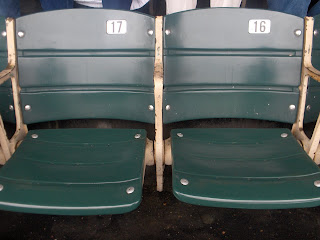 We went up to my colleague's regular Sunday Plan seats in the Mezzanine Level (Section 7, Row E, Seats 16 and 17) and I marveled at the field, the players, the food vendors (ESPECIALLY the food vendors) and the entire Shea Stadium experience.

It was unlike anything else I had ever experienced in my life (which by then had doubled to about 30 minutes old). The Mets won that first game I attended, which was the best birthday gift I could ever ask for.

The following year, in 2005, the Mets brought in Willie Randolph to manage the "New" Mets, led by new acquisitions Carlos Beltran and Pedro Martinez. Those Mets finished with an 83-79 record, giving them their best record since 2000, which was the last time Shea Stadium hosted a World Series game.

The following season was even better, as the Mets went 97-65 and came within one win of the World Series. Despite Endy Chavez's highlight reel catch (see below, left), the Mets fell to the St. Louis Cardinals in seven games. I attended Games 1 and 6, both Mets victories, but was not present for the stunning seventh game loss. That offseason was a very difficult one for me, as even when I dreamed about Shea Stadium, all I saw was Cardinal red (see below, right). 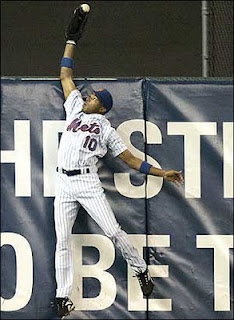 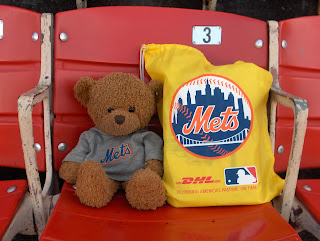 The 2007 and 2008 seasons should have been about redemption. The Mets should have made the playoffs both seasons and should have inaugurated Citi Field with a championship banner. However, instead of silly celebration, there was Phillie denigration, as the Mets were eliminated from postseason contention on the final day of each season.

First came Tom Glavine's "non-devastating" loss in 2007 on the day after John Maine's near no-hitter. Then came the final game of the 2008 season - Shea Stadium's final game. My colleague had brought me back to the place where I was born in the hopes that the team (and my birthplace) could avoid an early death. It was not to be.

For the second consecutive season, the Mets tried to hook the Marlins and instead took a right hook to the face, groin, you name it. If the Marlins could rip the heart out of a team, its fans, a ballpark, a Joey...they did just that. Two years, two final game defeats to the Marlins. Two was a popular number that day, as I left my birthplace for the final time feeling like number two after the events of September 28, 2008. Not even a final pitch from Tom Seaver to Mike Piazza could change the fact that I was feeling more blue than orange. 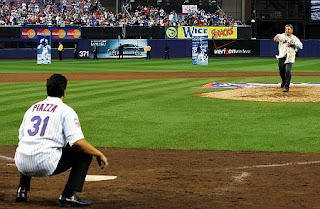 So here we are, two years after I left Shea Stadium for the final time. The ballpark may be gone, but my memories of it are still intact.

From my first memories of Art Howe and wondering why he was ever our manager to begin with to seeing George "The Stork" Theodore during the Shea Goodbye ceremony and marveling at his oddly-shaped shoulders, Shea Stadium will always be home to me. It is where I began my love affair with the Mets, ballpark cuisine and Lou Monte. (Lazy Mary, anyone?)

Citi Field is my new home. However, while I may have replaced the chicken tenders with chicken nachos, I'll never replace the spot in my mind and in my heart for Shea Stadium. It is forever locked away in both places, where no one will ever take it from me. 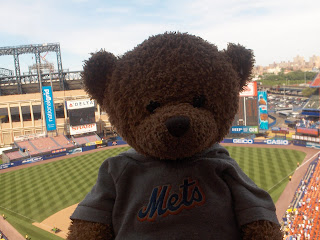 Casey Stengel will always live there. So will Gil Hodges and the Miracle Mets. The 1986 Amazin' Mets will always be welcome at the bar. Mookie Wilson's little roller will always go through Bill Buckner's legs. Mike Piazza will forever be hitting homers off Roger Clemens there as well.

Shea Stadium is mine. It's yours. It's everyone's. It's been two years since its doors closed for the final time, but all Mets fans have a piece of the key. All you have to is close your eyes, think of Bob Murphy's voice and Shea Stadium will always be there. And that, my friends, is the happiest recap of all. 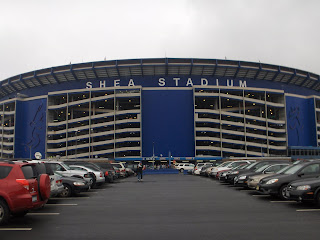 What a beautiful, wonderful post. I was at both the Glavine game and the last game of 2008. I was also at the Endy game and about a hundred hundred others over the live of the season and to this day I still miss Shea. I proudly wear a teeshirt to CitiField that says, "I'm calling it Shea" and have photos of the old girl up on my wall and on my Web site (http://www.adventuresofagoodman.com/sheastadium-newyorkmets-ballpark-photos.html). My brick from the stadium is on my shelf and as you said, all I have to do is close my eyes and I can smell the view from the upper decks, where I spent most of my time. Most of all I remember my father...the whole reason I became a rabid Mets fan in the first place. Thanks for sharing your memories.

Thanks so much for sharing your memories of Shea, Greg! Perhaps someday we'll have our own memories at Citi Field, but for now, all my positive Mets memories will be at Shea. Let's all call it Shea!