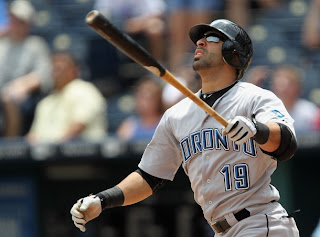 Do you recognize the slugger in the photo? No? Five major league teams didn't notice him as well. The man to the left is Jose Bautista, the major league leader in home runs. With his two bombs last night, he now has 52 dingers for the Toronto Blue Jays.

The Blue Jays are the sixth organization Bautista has played for. One of the five teams that played Russian Roulette with him was the New York Mets.

In 2004, the Mets were 49-52 on the morning of July 30. Despite the losing record, the Mets found themselves only six games behind the division-leading Atlanta Braves. General Manager Jim Duquette falsely believed the Mets could still turn their season around and decided to make a few trades before the trade deadline the following day.

The deal most people would rather forget was the deal that sent top prospect Scott Kazmir to Tampa Bay for Victor "The Wrong" Zambrano. The other deals orchestrated by Duquette both involved Jose Bautista.

First, he acquired Bautista from the Kansas City Royals for first baseman/outfielder Justin Huber, who was one of the Mets' top prospects at the time. (Baseball America rated Huber as the #66 prospect in the country prior to the 2003 season.) 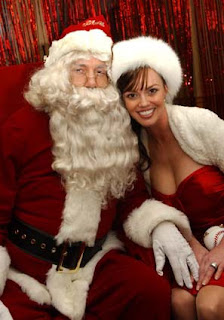 Then, before Bautista could say "fuhgeddaboudit", he was packaged in a deal with fan-favorite Ty Wigginton. Together they were sent to the Pittsburgh Pirates for Jeff Keppinger and Anna Benson. (Kris Benson was the throw-in in the deal.)

Keppinger, a light-hitting infielder did not do much for the Mets, compiling only 116 at-bats for the team. Of course, as a member of the Cincinnati Reds in 2007, Keppinger had a breakout season, hitting .332 in 241 at-bats. He also finished with a .400 on-base percentage in 2007. Now the starting second baseman for the Houston Astros, Keppinger is having a standout year, batting .296, with 33 doubles, five home runs and 58 RBI. One of the toughest hitters to strike out in all of baseball, Keppinger has fanned only 35 times this season in 487 at-bats. Over 1,668 career at-bats, Keppinger has struck out a mere 117 times, or 37 fewer times than David Wright has struck out this year alone.

Kris Benson, who was selected by the Pittsburgh Pirates in 1996 as the top overall pick of the amateur draft, never lived up to expectations in his year and a half in New York. Acquired to help the Mets make a run at a postseason berth in 2004, he won a total of 14 games as a Met. It didn't help Kris or the Mets that his wife, Anna, was the most popular Benson since Robert Guillaume. Her exploits, which included dressing up as a sexy Santa (see photo above, even though I'm sure you already noticed it), might have led the Mets to ship off her hubby to Baltimore in 2006 for Jorge Julio and John Maine, although no one on the Mets would ever admit to that. (It should be noted that Jorge Julio was eventually traded to the Arizona Diamondbacks for Orlando "The Dookie" Hernandez.)

So Jose Bautista was traded with Ty Wigginton (a versatile infielder who has hit 20 or more home runs in four of the past five seasons) for Jeff Keppinger (a versatile infielder who makes excellent contact and hits for a high average) and the Kris and Anna Benson Show. That trade eventually led to the Mets acquiring The Dookie. Basically, that means the trade of Wigginton and Bautista got us some boobies, some dookie and the guy who beat Orel Hershiser and the Mercury Mets on Turn Ahead The Clock Night in 1999. 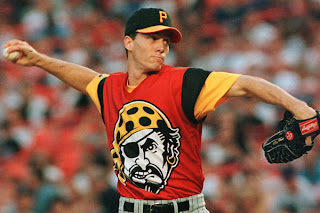 After spending his 15 minutes with the Mets, Jose Bautista played all or parts of five seasons in Pittsburgh, surpassing 400 at-bats only once and never hitting more than 16 home runs or 63 RBI. All that changed when he was traded by the Pirates to the Toronto Blue Jays in August 2008.

In 56 at-bats with the Blue Jays in 2008, Bautista gave Toronto a brief glimpse into what was yet to come, when he picked up 3 HR and 10 RBI in 21 late-season games.

Despite this, the Blue Jays did not give Bautista an everyday job in 2009. He never started more than 16 games in any month from April to August and his production suffered. All that changed on September 7, when the Blue Jays were playing the Minnesota Twins. In that game, Blue Jays second baseman Aaron Hill left the game in the fourth inning with an injury. Hill was finishing up a breakout season in which he hit 36 HR and collected 108 RBI. With Hill's removal from the game, rightfielder Joe Inglett moved to second base and Jose Bautista replaced Inglett in right field. In his first at-bat after being inserted into the game, Bautista homered. This would begin a stretch of power that has still not ended. 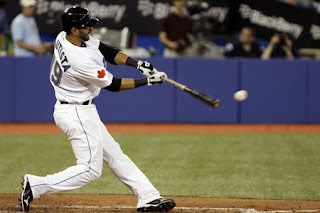 From September 7 until the end of the season, Bautista played in all 26 games, starting all but one of them. In those 26 games, he blasted 10 home runs and drove in 20 runs. The home run madness continued in 2010, with Bautista being given an everyday job as the Blue Jays' rightfielder and part-time third baseman.

Bautista has played in all but one game this season and has amassed 52 HR and 118 RBI, garnering considerable MVP consideration despite playing for a fourth-place team. Should Bautista hit six more home runs in the Blue Jays' final nine games, he would finish with 58 HR, which would be the most home runs by an American Leaguer since Roger Maris hit his unasterisked 61 HR in 1961. (Alex Rodriguez's 57 HR with the Texas Rangers in 2002 is currently the closest any American League player has come to equaling Maris' feat.)

With the Mets suffering from a power outage last year (their 49 HR at Citi Field are three less than Bautista has hit by himself this year) and the need for a power-hitting outfielder now that Jason Bay has turned into Jeff Keppinger with more strikeouts (Bay has 6 HR and 47 RBI this year, while Keppinger has 5 HR and 58 RBI), wouldn't Bautista's bat have looked amazin' in the Mets' lineup?

Then again, had he played at Citi Field this year, perhaps Bautista would also have collected 6 HR and 47 RBI. (No, wait. That's another J.B. Never mind.)

Who has not been a met? Unreal