Travis d'Arnaud Has A Large P

So tell me, Mets fans.  Have you seen the jersey being worn by new Mets catcher Travis d'Arnaud in Port St. Lucie?

Take a look at this photo taken by MetsBlog's Matt Cerrone and see if you notice something odd.


Now I don't claim to be an expert on fonts, but it sure looks to me as if the first "d" in d'Arnaud is actually an upper case "P" turned upside down.  So do the Mets have a shortage of lower case letters as they do with experienced outfielders?  Or did they just use up their entire budget on left-handed relievers, low-risk, high-reward reclamation projects and Bobby Bonilla?

Travis d'Arnaud is not the first Mets catcher to have a lower case letter in his surname.  In fact, they've had several in recent years.

If you look at the photos below, the lower case letters on the jerseys of DiFelice and Lo Duca were actually smaller versions of upper case letters.  However, they were definitely Is and Os and not one of the other 24 letters in the alphabet. 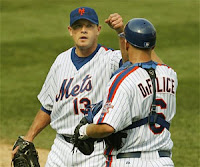 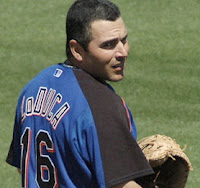 Lower case letters in players' surnames were like opinions in the mid-2000s, as it seemed every Met had one.  Even pitcher Mike DeJean, a teammate of DiFelice in 2005, had a mini-"E" on the back of his jersey.

But all Travis d'Arnaud gets is an upside-down upper-case "P" on his first Mets jersey.  I guess he shouldn't complain.  After all, it could have been worse.  He could have been traded to Washington or Los Angeles (of Anaheim) instead of New York, where he might have been a "Natinal" or an "Angee". 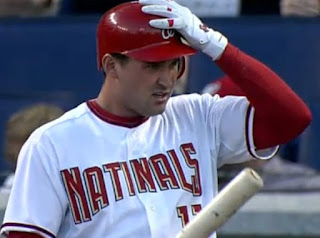 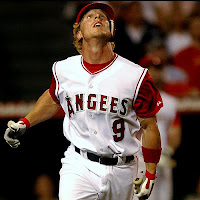