What If Roy Halladay Had Been Traded To The Mets? 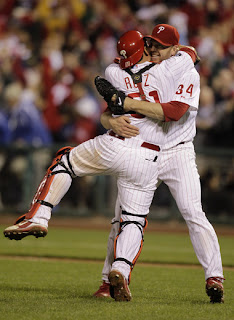 In Game 1 of the National League Division Series, played Wednesday between Philadelphia and Cincinnati at Citizens Bank Park, Roy Halladay did what no other National League pitcher had ever accomplished in a postseason game. He held the opposition hitless. The masterful 104-pitch performance helped the Phillies take a 1-0 series lead over the Reds.

The former (and perhaps soon-to-be) Cy Young Award winner had pitched for the Blue Jays from 1998-2009 without ever sniffing the playoffs. If he had any butterflies churning in his stomach before his first postseason start for the Phillies on Wednesday, they certainly did nothing to prevent him from making history.

Ever since the Phillies acquired him via a trade with Toronto, Halladay has been nothing short of brilliant. He led the league with 21 victories in his first National League season and pitched a perfect game against the Florida Marlins in May.

But what if Omar Minaya had swung a deal with the Blue Jays to acquire Halladay before the Phillies did? Would it have been the Mets playing in October and not the Phillies? A quick look at Mets history should provide us with the answer. 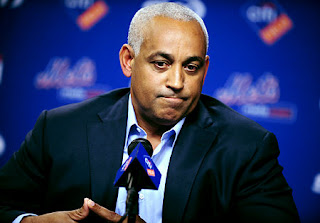 Had Omar Minaya acquired Halladay, the bearded righty would have succumbed to an injury in May. Needing his leadership on the mound, the Mets would have rushed him back to the rotation (especially since the longer he stayed out of the rotation, the better chance that Jerry Manuel would have given Oliver Perez another chance to start). That would have led to a period of ineffective starts, which would have also included key losses to the Phillies and Braves.

Once Halladay righted his ship, Dead Manuel Walking would have tried to save his pitcher from overexerting himself by removing him from games after a number of seven-inning, 90-pitch efforts. Since the Mets never had quite the firepower found in the Phillies' offense, Halladay would have found himself leaving games with small leads that Frankie Kunckles would eventually give up.

Therefore, had Halladay been a Met, he still would have had a good season, but he would have led the league in no-decisions. He also would never have pitched a no-hitter or perfect game because signing with the Mets automatically prevents any pitcher from ever throwing one. 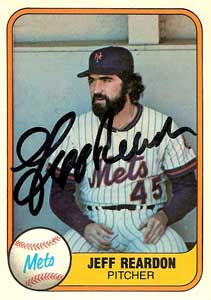 Perhaps it's for the better that Omar Minaya didn't trade for Roy Halladay. For one thing, we might never have seen R.A. Dickey become the quality starter he became. (You can ignore the fact that Dickey lost his only head-to-head matchup against Halladay at Citizens Bank Park on August 8). Also, it is a well-known fact that bearded players don't do well in blue and orange. Just ask Jeff Reardon.

Face it, Mets fans. Roy Halladay was never going to become a Met. Neither was Cliff Lee last season at the trade deadline. Neither was Roy Oswalt at this year's trade deadline. They all went to the Phillies because our now ex-general manager didn't have the clout he thought he once had.

Five years ago, Omar Minaya could just show up at any star player's door and say "if you can live with the fact that I say 'that being said' every other sentence, then I can give you more years and more money than anyone else is willing to give you." Now, players stay away from Flushing like if it had blue and orange cooties.

Jason Bay came to New York last year because no one else was willing to give him the exorbitant deal the Mets gave him, not because of Omar Minaya. The bottom line is that Omar Minaya couldn't give players what Phillies' GM Ruben Amaro Jr. could, and that was the promise that his team would be successful.

The Phillies have become one of the best teams in recent memory, while the Mets have become the team no one wants to play for. Roy Halladay is lucky the Phillies traded for him. Had he been a Met, he'd be trying to leave through the same door that Omar Minaya and Jerry Manuel used on Monday.