Win Some, Lose Some, Draw None 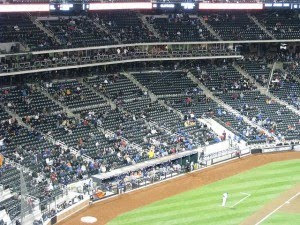 It has been well-documented that attendance at Citi Field suffered a significant drop-off from its inaugural season in 2009 to the just-completed 2010 season. Last year, a total of 3,168,571 tickets were sold to Mets home games. That number dropped to 2,559,738 in 2010.

The significant drop-off in home attendance can be attributed to numerous things, such as the luster of the new ballpark wearing off and the team's second consecutive losing season.

Fair enough. The home fans had no desire to invest their time and money on a team that couldn't compete for a post-season spot. So how do you explain what happened to attendance figures once the Mets went on the road?

Believe it or not, out of the sixteen teams in the National League, the Mets finished dead last in road attendance. That's right, my friends. The Mets drew fewer fans on the road than the Washington Nationals and the Pittsburgh Pirates. I'll give you a moment to take that in... 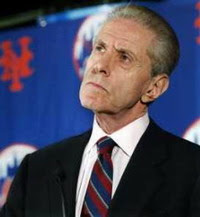 So what could possibly be the reason for the lack of interest in Mets road games? There may be a few.

The Mets don't have the marquee name that fans in other cities want to see. The Nationals, despite their last-place finish in the NL East, had phenom Stephen Strasburg on the mound for 12 starts, five of which were on the road. The following numbers are the attendance figures for Strasburg's five road games, followed by the average home attendance figures per game at that particular venue: 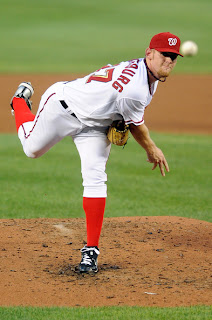 The average attendance for those five Strasburg road games was 37,133, which was 7,469 more than for an average Washington Nationals road game. Other than the road game in Philadelphia, which normally sells out all home games regardless of the opponent, the other four teams saw significant increases in their attendance in games that were started by Stephen Strasburg.

Who do the Mets have that fans in other cities want to see? Johan Santana? David Wright? Jose Reyes? Although they're all good players, they no longer have the superstar label attached to them. Fans don't stop what they're doing to see Johan throw another change-up and they don't rush back from the concession stands whenever Wright or Reyes step up to the plate.

The Mets haven't had a must-see, get back in your seat-type player since the early days of Doc Gooden and Darryl Strawberry. Until they bring up a can't miss phenom (something they don't currently have in their minor league system) or sign/trade for a potential Hall-of-Famer in the prime of his career, the Mets won't be appealing to fans on the road, especially if they continue to be a mediocre team. This brings me to the other reason.

The Mets are just not interesting enough for fans in other cities to come watch them play. Among the leaders in road attendance in 2010 were the Yankees, Phillies, Red Sox, Giants, Rockies and Braves, all of whom either made the post-season or contended for a playoff berth. Two non-contending teams (Dodgers and Cubs) finished in the top five in road attendance, but those teams have huge followings nationwide and will draw fans on the road regardless of their won-loss record.

Let's say the Mets are playing at PNC Park in Pittsburgh. A Pirates fan doesn't have much to root for on his/her own team, so he/she might choose to attend a Bucs game depending on the opponent. 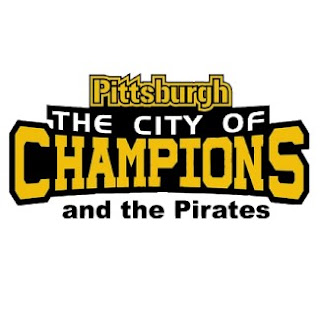 If you were a Pirates fan, who would you rather pay to see? The perennial contenders from St. Louis, featuring the most complete hitter in the game, Albert Pujols? The cross-state rivals from Philadelphia, who have All-Stars wherever you look? The westerners from San Francisco, who can give you a Cy Young-caliber performance from Tim Lincecum and others? Or the New York Mets?

More than likely, that fan would choose any of the other teams listed above before choosing to see the Mets, especially if he or she is there to see players not dressed in Pirates uniforms.

Mets fans in New York are not going to come out to Citi Field in droves until management can put a competitive team on the field that will be playing meaningful games well into September and perhaps October. Similarly, if the Mets don't give fans in other cities a good enough reason to come out to the ballpark other than the promise of mediocrity and good, but not great players, empty seats will continue to follow them wherever they go.

Looks like the only place the Mets are making themselves at home is at the bottom of the road attendance figures.

It certainly is. At least in 1986, fans in opposing cities hated the Mets so much, they'd come out to see them just to boo. Now, we can't even get fans to hate us.