Well, hello again, everyone!  In a few days, we'll be able to take the "off" out of "offseason", as the curtain will rise on yet another Major League Baseball season.  Over the past few months, the National League East has undergone some changes.

The Washington Nationals got stronger in the bullpen, adding Rafael Soriano, and the Atlanta Braves acquired every Upton not named Kate.  The Philadelphia Phillies got another year closer to the retirement home and the Miami Marlins decided to turn to Groupon to sell tickets to see Giancarlo and the Blowfish.

And the Mets?  They waved goodbye to Jason Bay, Andres Torres and the player who makes a guest appearance on the Wikipedia page of my wife's ass.  (Or is it the other way around?)  To replace those dearly departed outfielders, the Mets have auditioned everyone except Gary Matthews, Jr. and his old man.  The team has also added several future Hall of Fame pitchers, or at least they are in the Laffey, Marcum and Lyon households.

So will those additions and subtractions encourage a divisive fanbase to multiply in the Citi Field seats?  For the answer to that question and many more, we turn to our fav'rit spherical prognosticator.  Ladies and gentle-Mets, give it up for the Magic 8-Ball! 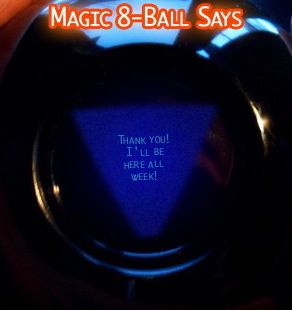 Thanks for stopping by.  So how do you feel about the team this year?  Can they compete for one of the five playoff spots in the National League? 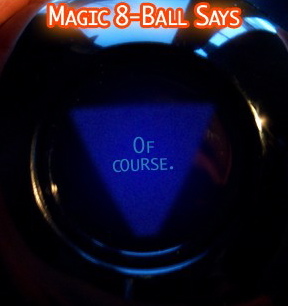 Really?  That’s as optimistic an answer as I’ve ever gotten from you.  To what do you attribute this hope for the Mets in 2013? 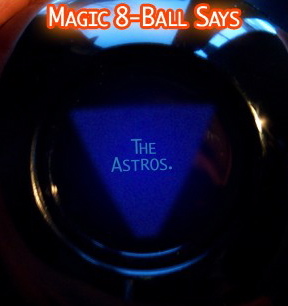 I don’t understand.  Why the Astros? 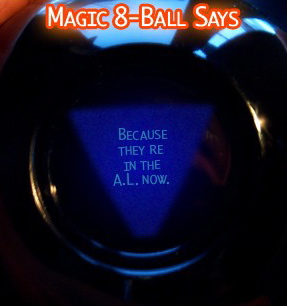 And how does that affect the Mets?  They won’t be matched up against the Astros at all this year. 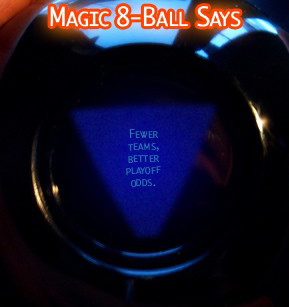 So you’re just optimistic because each team in the National League now has a 5 in 15 chance to make the playoffs instead of 5 in 16? 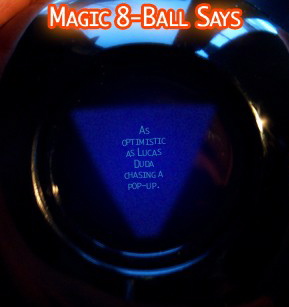 You sound like a GEICO commercial when you say that. 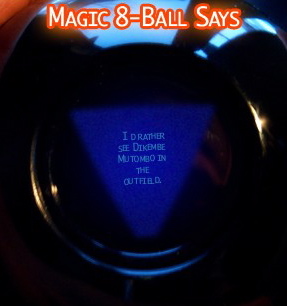 Okay, let’s move on.  With R.A. Dickey now knuckling for Canadian dollars, which pitcher in the starting rotation do you expect to have a breakthrough season? 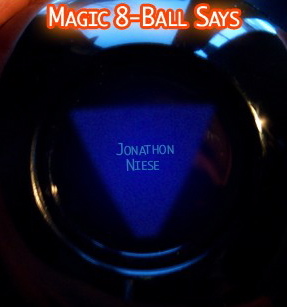 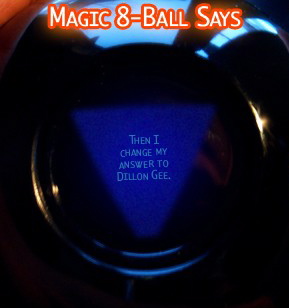 You just can’t agree with me on anything, can you? 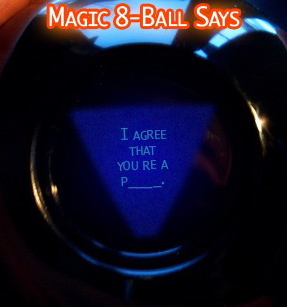 Whoa, there’s no need for that kind of language here.  This is a family-friendly site.  And the beginning of a new baseball season should bring out the best in everyone, including you.  Why are you always so hostile? 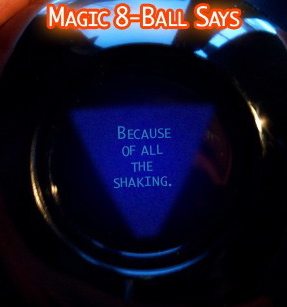 Shaking?  I don’t get what you’re trying to say. 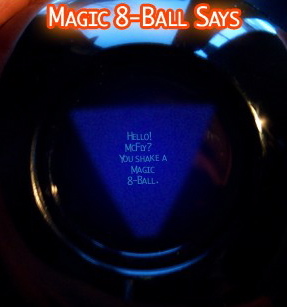 Oh, you're the one that gets shaken.  Now I get it. 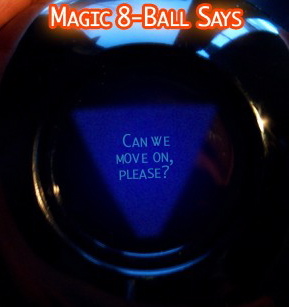 Sure.  Just two more questions and then you can do what Magic 8-Balls do when they’re not being shaken up.  Speaking of which, what exactly do you do when you’re not being asked questions? 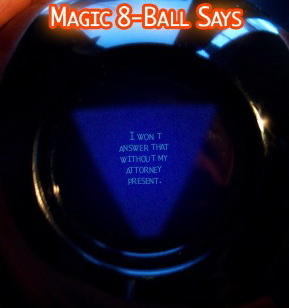 Fine.  Anyway, how do you see the Mets’ outfield this season? 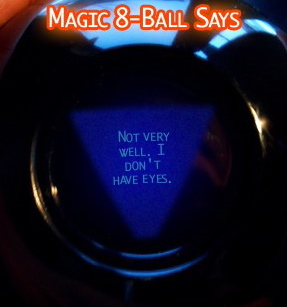 You know what I mean! 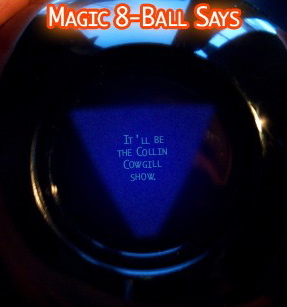 You think that highly of Cowgill? 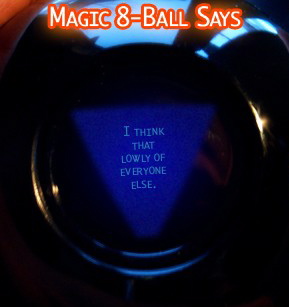 I seriously have to get myself a new Magic 8-Ball next season. 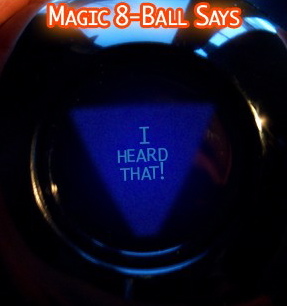 Oh, so you don’t have eyes, but you’ve got ears tucked away somewhere. 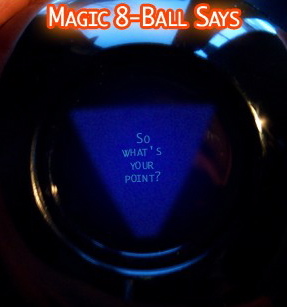 Uh … well … you see … actually, I have no point.  Last question then.  What do you think the Mets’ final record will be and where will they finish in the National League East? 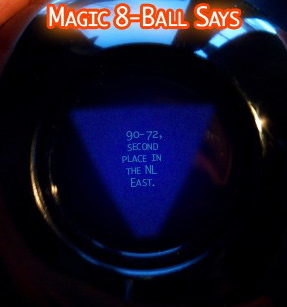 Wow!  You think they’ll be that good? 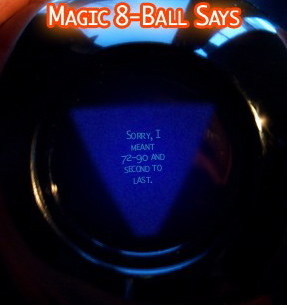 I knew your prediction was too good to be true. 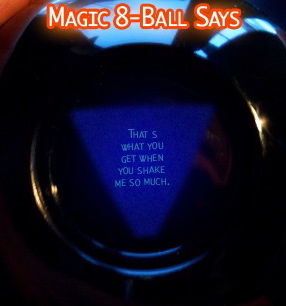 And on that note, I'd like to wish all of you a very happy baseball season.  As the great Bob Barker would say, "please help control the snarky sphere population - don't forget to have your Magic 8-Ball spayed or neutered."  (I know I'm taking mine to get neutered right now!)

Hey, kids!  The Magic 8-Ball has made predictions before.  To see what it said prior to each of the previous three seasons, please click on the links below: